May 28 – Dreams vs Realities vs Nightmares

When do realities become dreams?  How about when dreams become realities?  And then the most  awful reality  … when do dreams become nightmares!!  And to all those out there using the internet to cyberbully  … you should stop and make your life into something that is worth talking about and sharing !!!

The last one is where no one really wants to go.  The nightmares are horrible and I would want nobody to ever have to experience them.  But we do.  I read the newsfeeds everyday.  News is always so tragic.   Is there a news feed out there that exists for only happy news events?  I remember I said about a week ago to try and find a happy event a day.  Oops.. sorry .. I haven’t keep up to my part of the deal.

Even more when you think of all the events that caused my nightmare to exist.  And the bad dreams of reality to keep showing it’s ugly visions in my head.  It’s sad to hear that some of those that were involved in Amanda’s nightmare are still out there not realizing the enormity of their actions.  Will they ever?   I don’t know.  I do know that they need to look into their future.  Think about the kids they will be raising.  And then thinking about what they would want for their own children.  Life has to change out there.  It’s moving much too slow for me.

There are so many social issues to deal with out there:  bullying, cyberbullying, mental health, depression, suicide, legislation, social media awareness, and the list goes on …

I heard from a parent today that is new to me.  I found her through “Bikes against Bullies” and that she actually only lives a few blocks away.  She had a similar story about with her daughter – bullying/mental health. Too many stories like that one.  I am only so very glad when there is no outcome like the one I am living.  Living a kid’s life must be so hard these days for more reasons than we as adults/parents can understand.  I think we need to have more youth forums to get kids to talk and share with us.  To break down the barriers of talking.  I know that youth like to talk — as long as the other person is safe.  I still think Wellness Forums for Youth and Parents are good ideas.  Bringing together the generations in a Safe Place.

I love teenagers.  I have a new appreciation of them.  Amanda taught me that.  I used to not appreciate them.  Teenagers were always too loud.  Or too self centred. Or too rude.  Or too noisy.  But when Amanda came back to live with me, she brought them into the house by the cart loads.  They were polite.  They brought their loonies to chip in for the pop, chips and snacks.  They watched movies and hung out peacefully.  I will not forget the time when BBBB and I came home from dinner.  Somehow the boys thought they couldn’t be here.  So when me and BBBB got home, the boys got scared and jumped the fence and took off.  Then the next morning, I did see that they had ‘tagged’ the garbage can and other things around the neighbourhood. Amanda made them come back and wash my garbage cans.  Only an Amanda Todd can do that!!   😦

I posed the question on my Facebook tonight on my Facebook. The question is — “To the teenagers out there who are on my Facebook. What is the hardest thing right now about being a young person?”  I will be interested in finding out some answers.  I hope that they will let me post some of the thoughts here.  One word that was written was the word ‘Pressure’.  Is it easy to define?

I found this tonight – Letter: Standing up to cyberbullies in the Montreal Gazette.

And this one – Parents can be key to halting bullying online  “Snapchat was developed as a way for adults to flirt with photos while texting. Youths have adopted it as a means to send lewd photos as well as to cyberbully, thinking it won’t leave any evidence.  Robinson dispelled that idea by accessing photos his daughter had sent him using the app several weeks earlier. “Once something is online, it is there forever,” he said.”

More tomorrow I hope about this …. 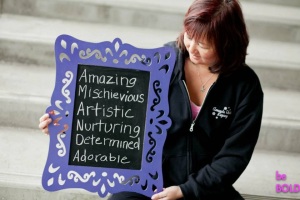 “Ms. Clark, in a CBC News interview, said she was disturbed by the events recounted in Amanda’s video. But the Premier dismissed a suggestion to strengthen laws to allow police to trace cyber-bullies through the Internet.

“We do need to be careful about creating laws that are going to impinge on people’s privacy and freedom of speech. I think that’s an important principle we need to preserve as well,” said Ms. Clark, who has campaigned for years against bullying.

“This situation is awful, it’s tragic … but at the same time we need to remember the solution to the problem is going to be education.”

Ms. Clark’s government announced a series of anti-bullying initiatives in the education system last June, including new training that will help educators detect and intervene in instances of bullying.

In a landmark case in March, 2002, a 16-year-old girl was found guilty of criminal harassment for uttering a series of threats to Dawn-Marie Wesley, a 14-year-old Mission girl who killed herself shortly after.

Dawn-Marie’s mother, Cindy, said at the time the ruling “was for every child in this country who’s been bullied.”

When the BC Coroners Service has completed its investigation, Amanda’s file will be forwarded to its Child Death Review Unit, which is in the process of establishing a multidisciplinary panel of experts to assist in high-risk childhood youth cases, coroner Barbara McLintock said.

“The idea will be that complex or difficult cases can be referred by the Child Death Review Unit to that panel and those panel members, the best minds on these complex cases in the province, will make recommendations to the chief coroner,” she said.

Experts will come from areas including the Ministry of Child and Family Development, the school system and police, she said. It is likely that panel will review Amanda’s death.”

Another adolescent death in Canada – http://www.citynews.ca/2013/05/26/milton-teen-takes-own-life-after-alleged-bullying/#.UaNe2ffLcMM.twitter

9 Responses to May 28 – Dreams vs Realities vs Nightmares