As I roamed around Toronto today meeting a variety of people related to your legacy, it got me thinking about seeing the city in your eyes.  You would have loved the shopping.  Eaton Centre would have been your focus as well as the entertainment on the streets.  The lights on Yonge Street would have reminded you of New York which was another place that you wanted to go see.  I said that we would go during the summer of your high school graduation.  How I wished that you hadn’t disappeared from my life?  We could have had many adventurous trips.  I found Hollister, A & F, American Eagle and Garage all in the same mall.  That’s pretty impressive since we are still in Canada.   I still love the smell of the men’s cologne in A & F. Do you remember squirting the bottles and making our clothes smell? Do you remember collecting the A &F bags because you liked the pictures on them? 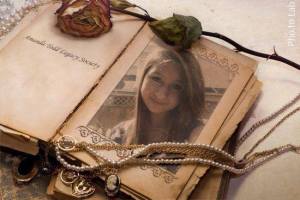 Guess what..I think that I will be coming back in November to speak at a conference at Western University.  Pretty cool.  It will be attended by educators who want to learn more about safe communities and safe schools. I wonder how cold it gets here in November.

Then there is the sweatgear.  You will love the purple they have.

And I met a wonderful boy who is writing a book on Canadians who have inspiring stories.

More highlights of this trip:  I met Alex who has a strong passion for making a difference for youth and young people through her music and other talents.  She is trying to round up friends who will help her plan an event at the beginning of  December in Toronto.  It will become a concert/bday party/fundraiser for Passion Foundation and ATL.

Another thing that irked me today was about all those who talk about you and me.  They question motives, fears, and lives.  It drives me crazy how people become so obsessed with your life after death.  If everyone could just channel their energy into making the world a safer place, then their could be more positive changes happening.

I do continue to read up on the news in Nova Scotia and wonder ‘WHY?’.  I will leave that ‘Why what…’ to your imagination.

Last night I met Rehtaeh’s aunties. They are both so wonderful and witty people.  You would have loved them because I sure did.  We laughed, we cried.  One of the aunties sons has October 10th as a birthday. Dates will always stick for a reason.  Just like 04/04 is significant to those who loved Rehtaeh and myself.

Here’s another weird story.  Yesterday I met someone from CBC for coffee. We walked to and stopped randomly at a  French cafe.  After many moments and stories, I looked up and saw on a window, a snowflake decal.  I told the journalist and she got goosebumps.  I didn’t tell her that it was the same snowflake as the one I just took off the back of my vehicle.   Snowflakes on a window in August.  How is that happening?

Also, there was a sad story today in the paper.   Her name was Gia Allemand.  She took her own life yesterday.  But last October, she tweeted and supported you when others were bullying.  She also said on October 11, 2011, that she had been bullied also.   So very sad.