Well it finally arrived.  The one year date.  It’s been one hell of a year with a rollercoaster ride that never seems to stop no matter what I scream into the air.  There have been many tears and frustrations this past year.  But there has also been accomplishments.  I have not been the best at documenting everything but I know the information is either in my computer, on the couple of calendars I keep or else on sticky notes that have been pierced on the ‘note’ stick on my desk.  I get nagged at by others who are members of the the society named after you for not following the rules.  Oh well, as you would say, rules are sometimes meant to be broken.  And yes, you broke rules, just like the rest of us.

In looking back at the people your mom has met and what has been accomplished, it is pretty darn amazing.  Some continue to say that I as your mother was attention seeking just like they thought you were when you posted your video.   Just like there are those that keep asking if your video was one of saying goodbye.  Darn tooting NOT!!  Your video was a HELLO I AM HERE!!  kind of video.  I share with others how the day after, you wanted your nails done, your hair done, snacks for a mini party.   You have so much planned and going on.  All the way to December.  We will never know what happened.  Or who might have said what to you.   You were okay one minute and then when the next one came along, you weren’t.  I keep telling people that.  I have no idea about what happened.

To those who say that you wanted attention or that I wanted attention by continuing the message you started, they need to give their a head a big shake and even think about why they say what they do.  These are the people that should look in the mirror and say ‘What am I doing to make a change in society?’.   If truthful, many of them should say ‘nothing much’.  So the truth is telling.

Yesterday (one day before October 10th) was supposed to be a quiet slow kind of day.   It was the polar opposite.  The media started calling early in the day.  Some of the main questions included:   What is LIght Up Purple about?  Why the colour purple?  What has been accomplished in the past year?  What do you see in the forseeable year?  What messages are you sending forward?  How would Amanda feel if she see all this happening?  And much more.  It all surprises me still.  I don’t listen to myself doing these interviews.  Tonight, the one that  I did with @GlobalBC1 tonight felt extremely calming and informative.  I am not sure why but talking on live TV was simple this time.  And Aaron McArthur wore a purple tie.   Awesome!!!

The articles and news shows can be found on the Amanda Todd Legacy website – http://www.amandatoddlegacy.org.  The big goal is to collect as many photos as possible and make digital scrapbooks to post online.  I think that the world needs to see the accomplishments of the past 6 weeks.  And it all started with Hayden wanting to Light Up Niagara Falls for my visit there.  Thank you Hayden for putting that spark in my brain!!

It’s bedtime.  Interviews start at 7 a.m. tomorrow.  I have to say that although I am sad, this is all bittersweet.   The city of Winnipeg with approval from the mayor, will Light Up Purple tomorrow night, as will Lethbridge, Alberta.  So great to see all the support.  Tara and Kenzie (who you would have loved if you had met them) are doing a rally + vigil tonight in Airdrie.  They are your supporters till the next eternity.

There is so much to write.  And today will be another busy day but one to remember vividly in the cascades of purple.

Will write more to catch up later.  xoxo 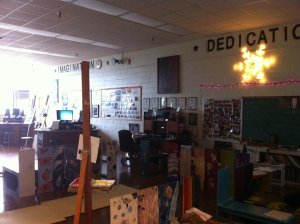